Young Wants Trade, Peavy On the Way Back 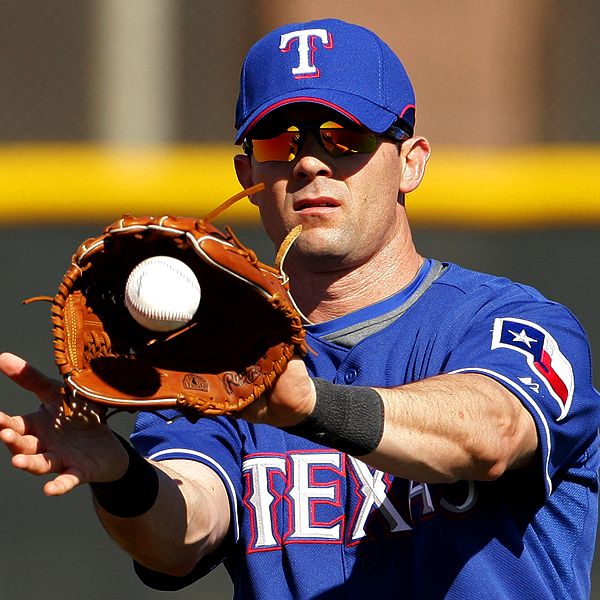 So Michael Young isn't happy in Texas afterall.  Young told the Rangers last week that he does not want to be a full-time DH and wants a trade.  Earlier in the winter, the Rangers signed Adrian Beltre to a longterm contract to replace Young at third base.  Young has publicly said that he has grown disillusioned with playing in Arlington, mainly because of how he has been treated by the Rangers.  GM Jon Daniels has said that this is not the team's first choice, but at this point all signs seem to point towards a trade.  There may be too many problems to repair between the two sides.  Young is still a very effective player, as evidenced by his 2010 season in which he hit .284 with 21 homers and 91 RBI.  If they end up trading him, the Rangers will need to find another hitter with consistent pop to fill their vacancy at DH.

In other news, White Sox pitcher Jake Peavy is making progress in his recovery from surgery to reattach a lat muscle under his right shoulder.  He recently told reporters that he is at about 60 to 70 percent and has started throwing off a mound.  No pitcher has ever had an injury quite like Peavy's, so it will be interesting to see if he can come back and be anywhere close to the guy who won 2007 NL Cy Young Award.  If he can pitch effectively when he returns, the White Sox will have one of the best rotations in the American League.  Peavy would be towards the back end of a rotation that includes Mark Buehrle, Gavin Floyd, John Danks and Edwin Jackson.
Posted by Taylor at 10:41 AM